It is possible to travel to Hoa Lu on March, April, May every calendar year, as the dry season, the weather is usually lightly sunny but still relatively cool.In addition, if you want to combine with other locations, you can go to Hoa Lu at the end of May as the ripe rice season in Ninh Binh, after the Lunar New Year, it is the festive season, it is possible to o go to Bai Dinh, the traditional festival of Hoa Lu ancient capital (also known as Truong Yen festival or Co Lau festival) taking place from the 8th to the 10th of March in every lunar year. 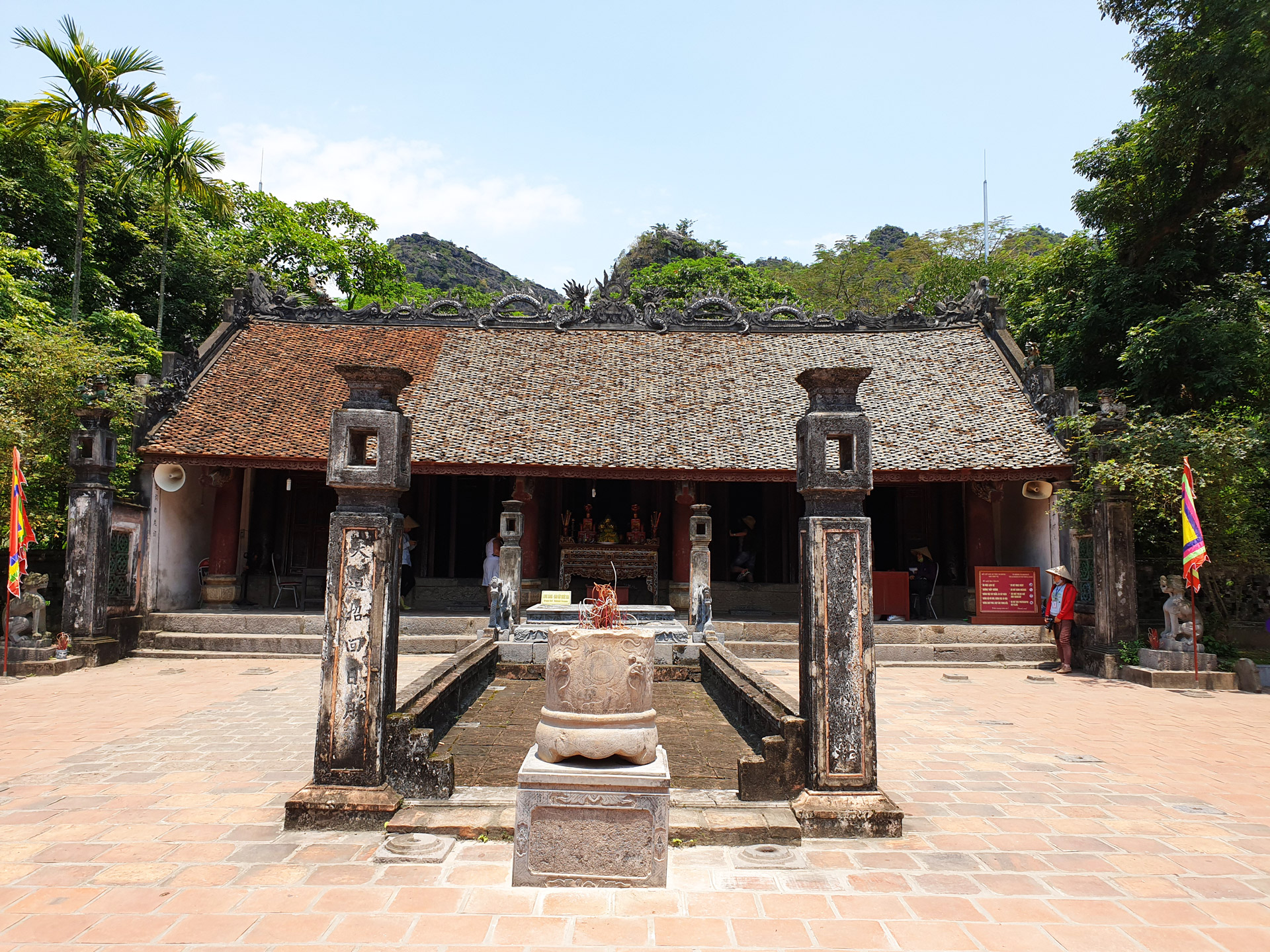 The Temple of the King Dinh Tien Hoang is an important relic belonging to the special protection area of Hoa Lu ancient capital heritage complex. The temple is located in Truong Yen commune, Hoa Lu, Ninh Binh. The location of the temple is in the center of the Eastern citadel of Hoa Lu ancient capital. This is the only place in Vietnam where the King Dinh Tien Hoang, his parents together with his sons are worshipped ,including tablets to worship Generals of the Dinh dynasty.

The temple of the King Dinh is built in the style of “noi cong ngoai quoc”, in the main direction of the East. In front of the temple, it is Ma Yen mountain like a saddle. There is the tomb of the King Dinh Tien Hoang on the mountain. The temple of the King Dinh was built on the palace of Hoa Lu ancient capital. Around this area, archaeologists have dug a piece of brick yard with lotus motifs and phoenixes. On the surface of the brick, there were the words "Dai Viet Quoc quan thanh chuyen" and "Giang Tay quan".

The temple worships the King Le Dai Hanh, the Queen Mother Duong Van Nga, and Le Long Dinh. In addition there are tablets to worship Princess Le Thi Phat Ngan and General Pham Cu Luong. The temple is located 300 meters from the temple of the King Dinh Tien Hoang , belonging to the Eastern citadel. The temple was built in the style of “noi cong ngoai quoc” but the size was smaller than the temple of the King Dinh. In front of the temple, it is the central square of Hoa Lu ancient capital and Den mountain located on Sao Khe river, after the temple, it is a blast ditching to protect the ancient capital running at the foot of Dia mountain.

Phất Kim Temple is located in a relatively narrow campus, near the Northern gate to the center of Hoa Lu ancient capital, with one side bordering the road of Yen Thanh ancient village. The temple consists of 3 towers arranged in the style of word "gate" looking into the central courtyard. It is said that this position is located on the floor of Vong Nguyet palace, where previously Phat Kim princess (daughter of the King Dinh Tien Hoang) stayed, very close to Nhat Tru pagoda.There is a large, hexagonal well in front of the yard, which is considered the place where the princess Phat Kim committed suicide. 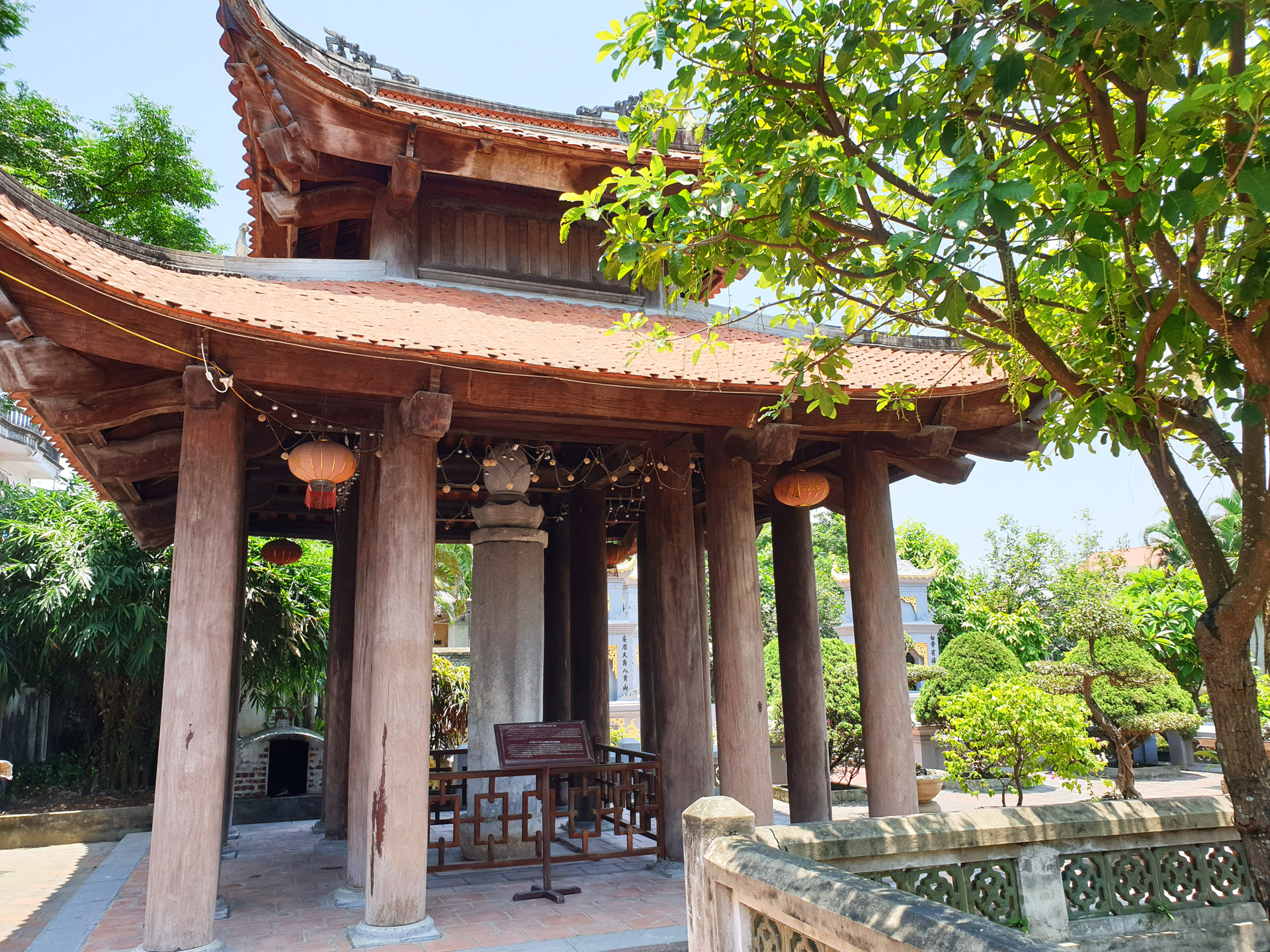 Or One Pillar Pagoda together with Yen Thanh temple located near the temple of the King Le Dai Hanh, it was built by the King Le Dai Hanh to expand Buddhism.At present, a Buddhist pillar in front of the pagoda has been remained intact for thousands of years and considered to be the most ancient stone Buddhist in Vietnam 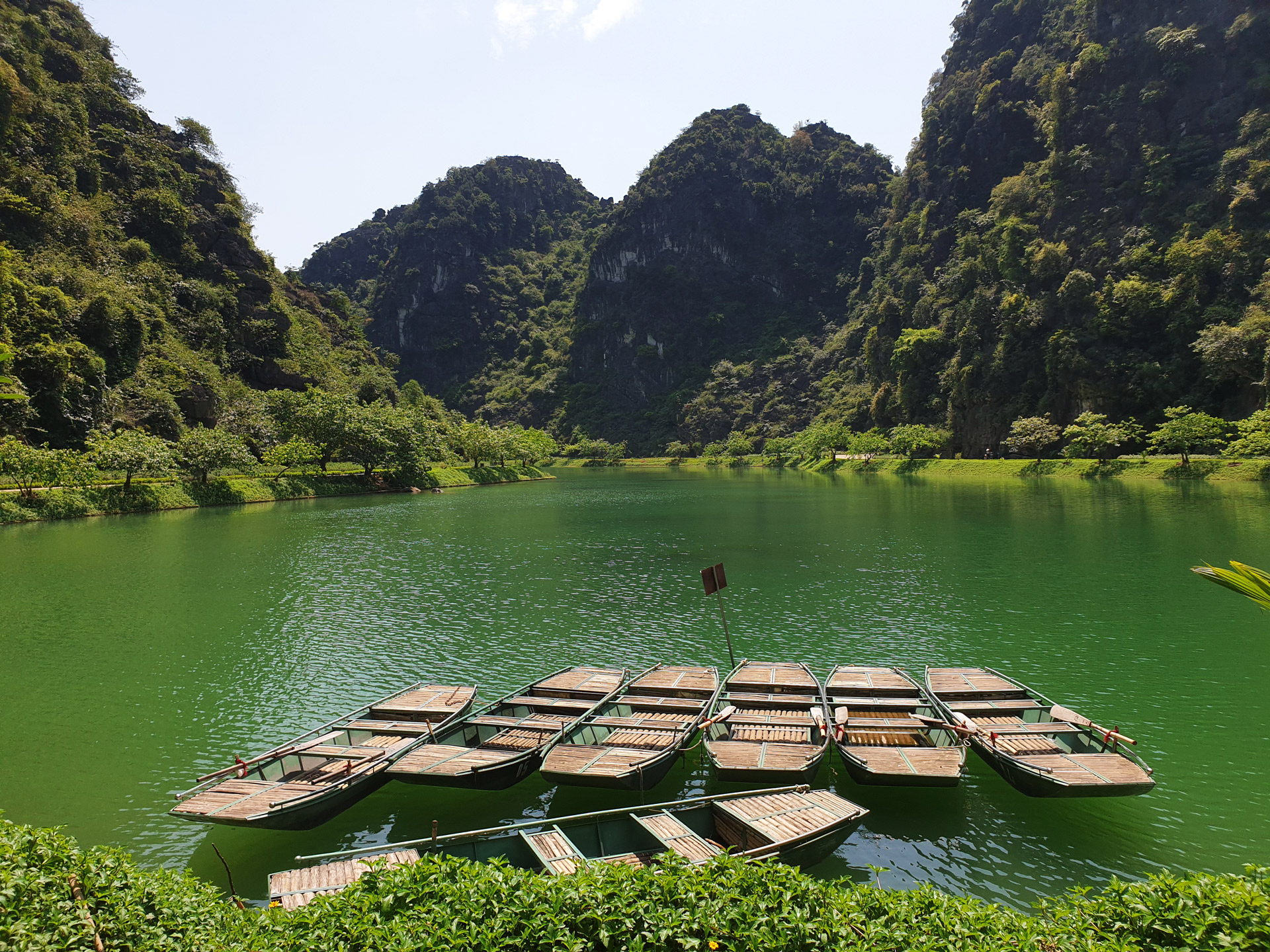 The pagoda of Am Tien cave is like  a separate world. There is an ancient stele, since the Ly Dynasty.The word has been completely faded and cannot be read. However, the stele was erected during the reign of the King Dong Khanh, the words are still clear, talking about the renovation of the pagoda and the cave.This is the place where the King Dinh Tien Hoang raised tigers and panthers to punish those who committed serious crimes. By the Ly dynasty, the monk Nguyen Minh Khong was in the cave to chant and built a Buddhist altar in the cave, then the future generations opened the pagoda for visitors to pilgrimage there.

Check out our latest news

Tam Coc - Bich Dong tourist area is located in Hoa Lu district, about 7km from Ninh Binh city center. The tourist area includes many attractions such as Tam Coc, Bich Dong Pagoda, Thung Nham ...You can travel throughout the year, but there are a few periods that are considered to be the best season of such area.

It takes about 5 minutes to go to Mua cave by motorbike from Ninh Binh Hidden Charm Hotel (or 15 minutes by bike). You can rent bicycles or motorbikes of the hotel and visit attractions.

Fares and Tips when visting Trang An

It take only 10 minutes to driving to Trang An from Ninh Binh Hidden Charm Hotel. Which season you should travel to Trang An? The best time to go to Trang An is the beginning of the year, from January to March, the weather is cool during this time.This is also the festive season at Bai Dinh pagoda, therefore, it is possible to combine spring walk and pagoda sightseeing. Depending on your convenient time, you can travel at other times.